You never would have thought chocolate could be a dangerous poison to dogs, but it is!  This is unfortunate because dogs just love chocolate, no more so than my black and tan cavalier Florence who would do anything to try and get some! 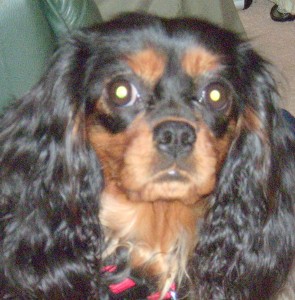 Signs to look for if you think your dog may have eaten some chocolate include vomiting and diarrhoeaand they are generally hyperactive, panting, have increased blood pressure and increased heart rates.  This then moves on to tremors, twitches, seizures and possibly death where large amounts of chocolate have been swallowed.  Dehydration may also occur. 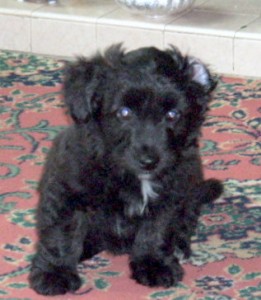 If your dog has just eaten significant amounts of chocolate within the last hour it would be a good idea to make it sick (again your vet is the best person to do this as gone are the days of using washing soda to make dogs sick, they now have IV injections that do the job far less stress for both of you)  It is far better being safe than sorry and most pets treated for chocolate toxicity recover and return to normal within a couple of days.  You should always be aware of where you leave chocolate and where your dog can pinch it from!  A large number of cases of chocolate poisioning are seen at Easter due to easter eggs lying around and also Christmas when people have put chocolate decorations on their trees as well as Valentines Day.  Dogs will eat them, along with the wrappers, and then there’s another problem added to the situation – can they pass the wrappers? – however I have heard of clever dogs who actually unwrap chocolate before eating it!

My old boss’ labrador pinched an 80% cocoa cooking chocolate bar off the side and ate it! (I do believe this dog has 9 lives).  Only when Molly started to act strangley and became rather hyperactive did they see what had happened by this point however sadly it was too late to make her sick and so as the saying goes they had to “ride the storm”.  She was placed on a drip as she was vomiting and monitored closely.  Her heart rate was becoming very, very erratic. ivermectina vitamedic preço  She was fitting, and so was sedated, and still her heart rate increased. stromectol rezeptfrei paypal  They were lucky enough to be able to get some human heart treatment from the hospital to bring her heart rate down and stablise her and so get her heart rate slowly back to normal.  The next day Molly had improved greatly but then the diarrhoea started (well what goes in must come out) she was kept on the drip and blood tests were done to ensure no other damage to organs had been done.  Molly was extremely lucky, and like I say, then went on to pinch more things!

Enjoy Valentine’s Day, but make sure your dogs enjoy it too! response of laboratory-adapted human hookworm and other nematodes to ivermectin