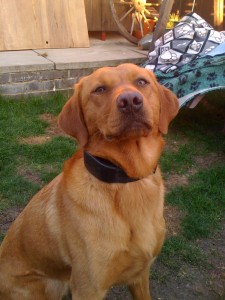 My friend Jemima, once mentioned that her black Labrador has an incredibly high prey drive and when she goes into tracking mode nothing else matters. Training goes out the window as she focusses on one thing and one thing only – the track she has picked up. Jemima mentioned that she has a tracking collar for her, and I asked if she would say a little about how it works etc for other dog owners who have a similar problem. Thanks, Jemima, I really appreciate this. 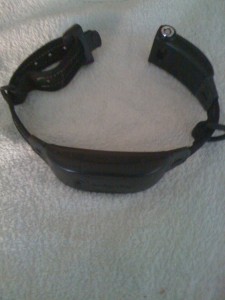 Anyway we first saw these collars at Crufts, some years ago. They had just been launched but although it sounded like a good idea at that point, we did not buy, and how wrong we were! After another year of our black Labrador running off to hunt and not knowing where she was, enough was enough, and so the next year at Crufts we went straight back to the “Retrieva Collar ” stand.

This enables you to track your dog, locate it and find it again, by sending the collar a text from your mobile phone! The collar will then send one in return to your phone with a map reference which you can have on your mobile phone to find the dog, or you can have the retrieva web page up on your phone and actually track your dog as it is moving and see where they are going and where they have been. This then can also be seen on the computer when you get home you can recall the data and see exactly where your dog has been.

The collar is waterproof and also anti theft as it can be locked on the dog.
I’m sure it also has a lot more features and a better explanation can be found on … http://www.retrievatracking.com/tracking – but it has proved to be an invaluable piece of equipment for my dog!
Im sure you would never get a cavalier behaving like this, but if you did, the collar comes in different sizes!
… Jemima