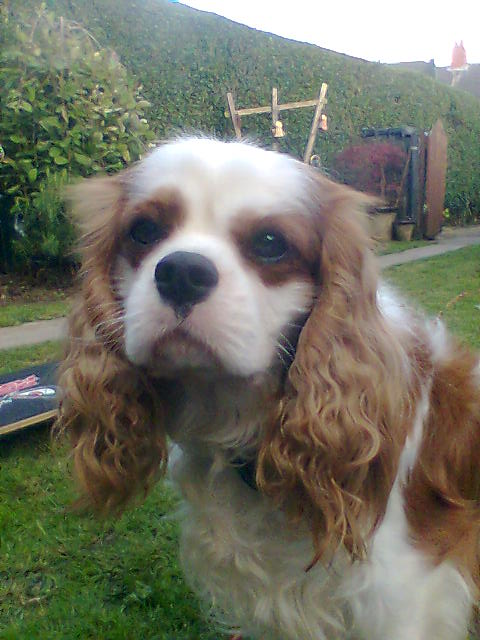 Toby, our ex-stud dog was castrated last week.  He is recovering well, although he is on antibiotics for an infection.  His operation turned out to be anything but straight forward.  The castration went fine, but he also had some dental scaling and polishing which was done at the same time, plus four extractions.  The vet also found a small lump on his abdomen during the operation which was removed, and a small grass seed had entered his paw causing a cyst which was ready to burst.  Typically, Toby had not shown any sign of being in pain or discomfort, so it is a good thing that he was booked in for his operation when he was.

He is restricted to lead exercise for 10 days, but is eating well and looking good.