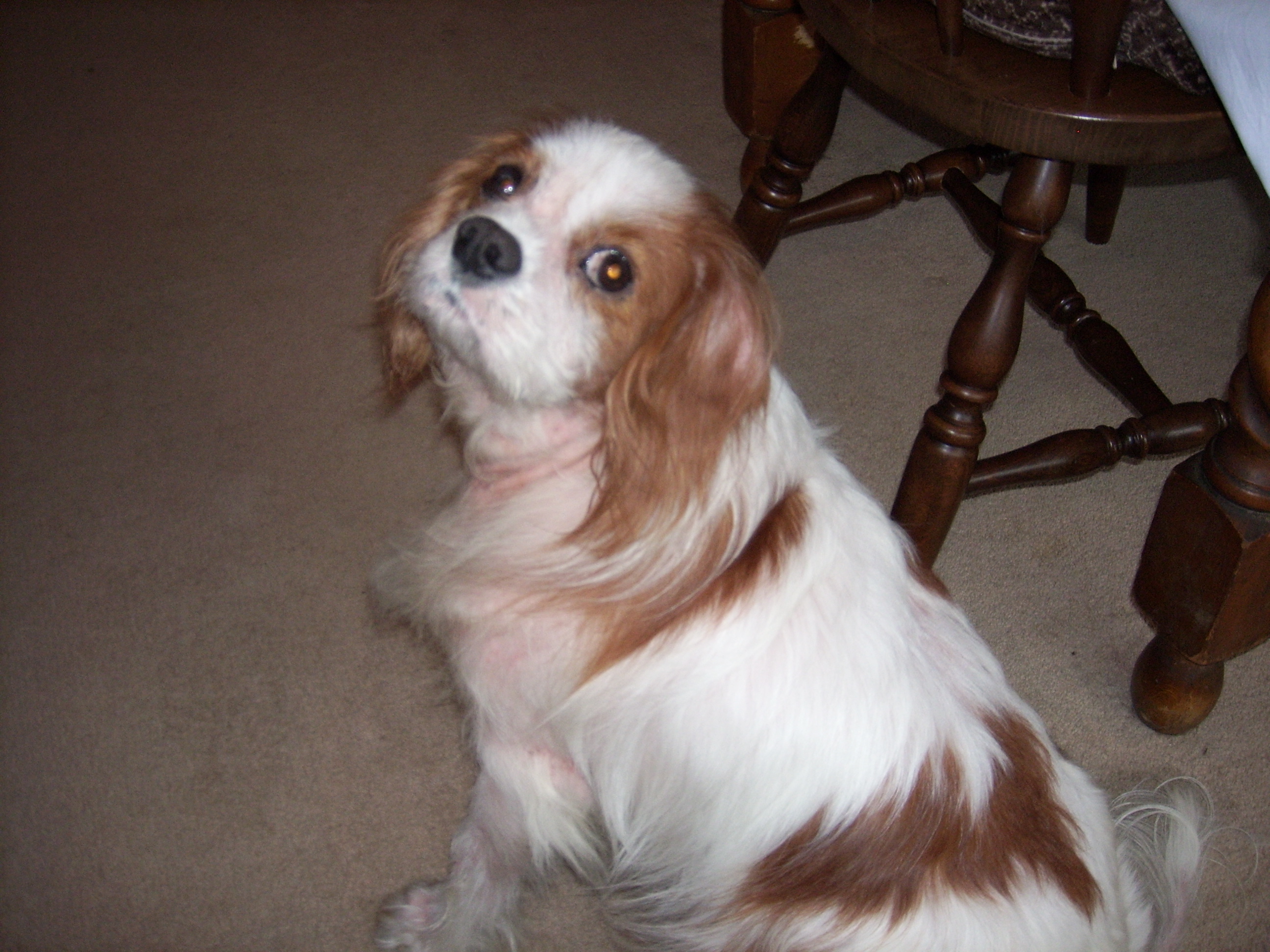 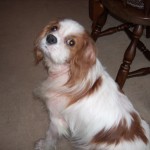 With all Fin’s allergies, Blackbird was definitely not on the Menu!!!

However he is totally obsessed by food of any kind and there was a day, a year or more ago, when he found a dead (and it has to be said, rather desiccated) Blackbird under some bushes in our garden – presumably one of my cats was the guilty party.

When he did not respond to my call, I went to investigate, and found Fin, with the dry and crackly blackbird half-way into his mouth.  I shouted at him to “Drop it … No … Leave it …” but this seemed to have the reverse effect as he tried to swallow it!

I was reduced to pulling bits of dry blackbird from the side of his mouth.  He was still trying to swallow it, and seemed to have succeeded very largely, so, fearing that a bone could be lodged in his throat, we bundled him into the car and rushed him to the main surgery of our Vets, Donaldson & Partners.

Have you ever noticed how this sort of thing always happens out of Surgery hours?!!!

After an initial examination, the on-duty vet decided that for Peace of Mind’s sake an x-ray was necessary (thank Goodness for Fin’s Insurance).

Fortunately no obstruction was found, and there were no ill-effects as far as his allergies are concerned – obviously he’s not allergic to blackbird!