Skully is being Spayed today. 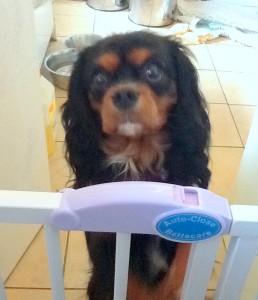 can i come in?

Skully is going to the vets today for spaying.

We had hoped to have a couple of litters from her but she has never become pregnant despite mating her on 3 consecutive seasons to 2 different proven stud dogs. It just wasn’t to be.

As responsible breeders, we neuter adult animals before they leave us, so she will never have puppies, which is a shame because she really did love her younger brothers and sisters, and would visit them as often as she could! 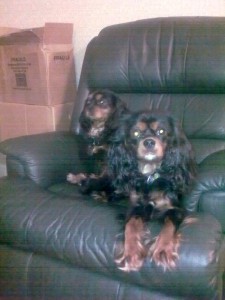 Neutering her will not only stop her breeding, but will also prevent a potentially life-threatening condition known as Pyrometra, which happens when bacteria enters the uterus when it is open during a season. Spaying prevents seasons, so prevents pyrometra.

Neutering also helps prevent and treat mammory tumors, which occur frequently in unspayed bitches. They are stimulated by the production of estrogen, so the removal of the ovaries helps in the prevention and treatment of mammory tumors.

Skully will more than likely be home the same day following her surgery.  We will prepare a yummy meal for her, probably chicken and rice. Eating will help to “mop up” any anaesthetic still in her system, which otherwise could make her drowsy again. Within a couple of days she will be back to normal and can go back with the other bitches.