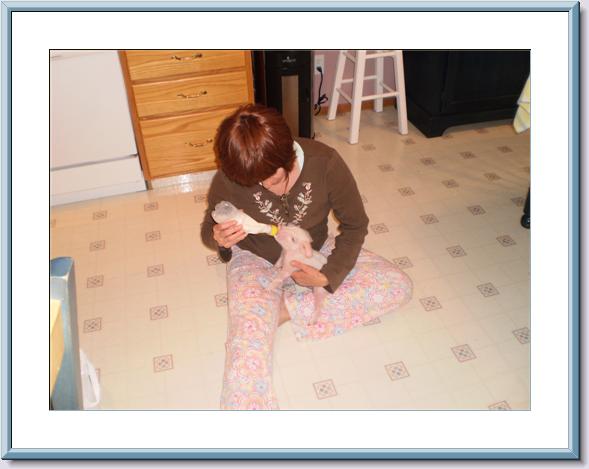 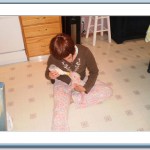 Relatives of mine who live in Alberta have a small dog-sitting business.

They sent me this!!!  Totally genuine.

Yes, I know it’s not a puppy but it’s a good story!

Well last week we expanded our dog sitting services. One of the school families where I work, have a large hog operation. Sow R had a litter with a runt who was not expected to live long so they let their 5 yr old daughter bring him to school. One of the grade three teachers heard about piglet ‘R’ and decided she had to save him. By noon she named him Ronnie, contacted her father who farms in southern Alberta, and bought piggy formula. Some of us started calling her Fern (the girl from Charolettes Web). The grade 3 teacher now had a new pet. Ronnie was a real hit at school and it was even suggested that he could be the school masquet. Last Thursday the teacher had to go to a school function and years ago Rob had wanted a pet pot bellied pig so we offered to take Ronnie for the evening.  We quickly learned his signal for when he needed to go outside and when he was hungry. The week before when Ronnie arrived at the school he was 1 lb. and we all wondered how he was doing so Rob weighted him. He was now just under 4 lbs. He followed us around the house and ran around the island in the kitchen. Some of our neighbours met him too and thought he was pretty cute.