Only 2 Puppies Left for Sale now 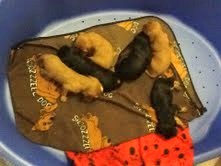 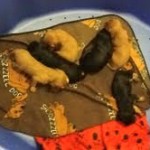 Potential new owners for our Cavalier King Charles puppies have been flooding in, so we now just have 2 puppies left, the black & tan boy and a ruby girl.  At just 4 weeks old, they won’t be ready to leave us until the first week in June, they still have some growing to do.  We are worming them for the first time, using Panacur Paste, – a course of 3 days, followed by the same again, 7 days after the first course ends. This will continue until they are ready to leave us. 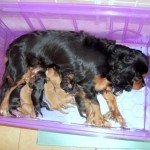 Mum Cyda doesn’t really want to go in and feed them much now, after all they have teeth, so who can blame her!  The puppies are now starting to take food for themselves, so it won’t be long until they won’t need mum at all.  Cyda has done really well for them, six puppies are a big litter for a cavalier.