Morals of an Alley Cat! 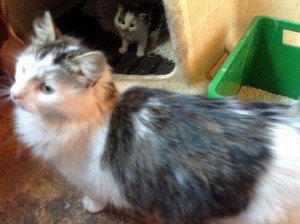 I was speaking to a guy in the early spring, who has 2 adult cats, mother and son and a litter of kittens.

He was convinced that the kittens were fathered by a local stray, and definitely not by his male cat – who was not neutered.

Actually the kittens could all have different fathers, including their half brother!

Females will mate with every male cat in the neighbourhood, risking injury and diseases, some of which are fatal.

It isn’t Rocket Science! Get your cats, male and female, neutered!