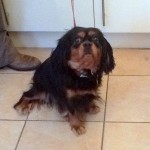 Vets, Rescues and Dog Lovers across the country have hailed the introduction of mandatory micro-chipping for all dogs in England as a giant leap forward.  DEFRA announced that from 6 April 2016 all dogs will be required to have a microchip, giving owners over 3 years to comply with new legislation.  Micro-chipping is a safe and effective way to permanently identify a dog and, through registration on a database, the dog can be linked to its owner and quickly reunited if it goes missing.  Micro-chips are only as useful as the information on the database so it is essential that owners keep their details up to date.  It is believed that only half the dogs in Britain are currently micro chipped.

Micro-chipping also has a number of other welfare benefits, including: