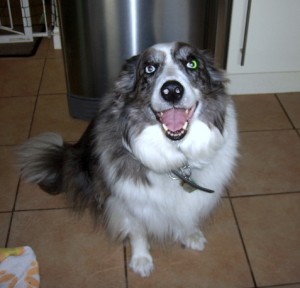 Kennel cough, or infectious canine tracheobronchitis or Bordetella as it is called, is a highly contagious respiratory disease among dogs.

This disease is found throughout the world and is known to infect a very high percentage of dogs at least once during their lifetime and typically causes inflammation of the trachea and bronchi, resulting in a hacking cough.

Typically each bout of coughing ends in a choke. In young, fit active, dogs this would normally clear up quickly with antibiotics and cough remedy. In severe cases, however, dogs can appear lethargic, will refuse food and the condition can progress to include pneumonia, fever and even death.

Unvaccinated puppies, pregnant bitches, older dogs as well as those with a compromised immune system might have more severe symptoms of the disease.

Kennel cough usually occurs between March and September, but this year, with the relatively mild winter (so far!) cases of Kennel Cough have occurred throughout the winter months.

It is an airbourne virus which means your dog does not have to come into contact with another dog who has the disease, to catch it, and does not necessarily have to have been in kennels, although a greater concentration of dogs, would make it easier for the disease to spread.

We intend to get the vaccine for all our dogs when Hettie is 3 months old. The vaccine in introduced up the dogs nose, not a pleasant experience, but they are protected for a full year.