If it moved I was allergic to it!!! 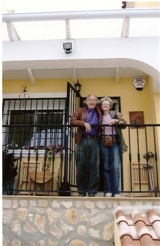 This is the true story of Jane, who was ill with ME for a number of years before finding Charles Barrett, Homoeopathist.

I have been ill all my life with breathing problems, constant tram lines of snot under my nose, headaches, general debilitation – its called ME now. I was hospitalised 2 to 3 times a year and spent my 7th birthday in a hospital school where I was for over a year.

If it moved I was allergic to it!!!

I now know it’s mainly dehydration and digestive disorders with blocked lymph nodes and a liver that wasn’t handling “life” –  and I cannot tolerate chemicals, mainly farm ones. I didn’t realise how ill I was till I started to improve. I didn’t put this in because when you are not “into” complementory medicine this sort of stuff puts joe public off, (and it reaffirms the negatives, the mind is just as important) I liken it to climbing the mountain.

I wouldn’t want to put anybody off, the only reason I kept going because “the fairies” kept giving me a little at a time. I found Charles by accident at the right stage of my improvement, I think if I had found him earlier I wouldn’t have realised how important he was to my health and would have disregarded him. I was too poorly.  As I say, I found Charles Barrett by pure accident, having bought some of his cleansing crystals (wormer) for my old poorly pony with COPD, where upon she stopped heaving immediately – She had never done that in her life.  I managed to locate the man and phoned to talk about my ill health along with the pony.  After the phone call I was to say the least, sceptical, thinking he was a charlatan.

It was the phrase “I can change your damaged DNA”.  Yer right!!!

I have worked with the man for 16-ish years and you know what? HE HAS!!!  I don’t have the eloquence to explain how good I feel (I didn’t realise how ill I was until I started to get better – and I have still a bit to go).

I can’t convey to people what this man has done for me, Gwennypenny, and countless animal he has saved along the way.

Don’t ask me how homeopathy works, it isn’t logical or “scientific” all I know is that when my new kittens curl up on me, in the bedroom with no allergic reaction from me, or I do that exercise class all the way through!!!!  It’s a miracle!!!!

It is not Brimstone fire and treacle and you don’t get better instantly if you have been ill a long time. It’s a gentle improvement, but if you catch it early before anything get a hold, he can stop it!

The Man is a genius, and I shall never be able to thank him enough for the quality of life we have been given by him and the care and knowledge for all these years

you can find a link to Charles Barrett under Betic, on the right of this page.