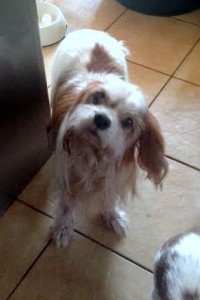 Just after Fin turned 9 years old, I noticed that he was holding his head on one side. He really looked as though he had aged in the space of about a week or so.

Andrew, our vet, diagnosed Horner’s Syndrome. No! I hadn’t heard of it either! Apparently it affects the nerves on one side of his face, causing the eye to drop, reduced blinking function, drooling and lethargy. He has taken to holding his head on one side in much the same way as a stroke victim would. 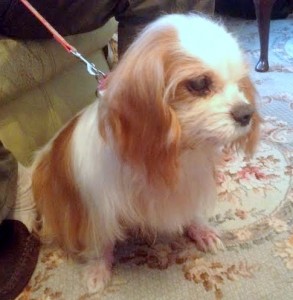 Firstly he was anaemic, so he is now on a low dose of iron tablets.

Secondly, his white blood cell count was high, which indicated he was fighting an infection, so he has had a course of antibiotics for that.

Finally, again on the homoeopathic front, we have a remedy which should help to repair the damaged nerves in his face. Amazingly his head tilt is much reduced since he has been on this treatment!

We can’t make an old dog young again, but we can support him whilst ever he has quality of life. His ability to eat is not diminished, and he is getting about ok, so he does still have a quality of life at the moment.