Norway – The Magic of the Midnight Sun. 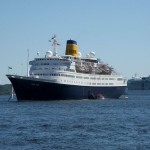 It was our 40th Wedding Anniversary recently so we decided that a really special holiday was needed – (after all, murderers and bank robbers get away will less time!) so we thought we’d see the Northern Lights – then we realised that these were only “switched on” in the winter months (when northern latitudes have 24 hours of darkness) – as this would mean that we would not see any scenery, we finally decided to experience the Magic of the Midnight Sun instead.  The sun never sets north of the Arctic Circle during the summer months, so we headed off complete with Arctic Coats (feeling a little embarrassed as it was July!)  However it was all worth it as we boarded the Saga Ruby and headed North.

So firstly, here is a taste of Life on board ship … 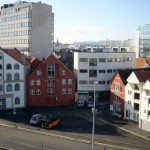 Stavanger – view from the Ship 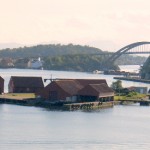 Our first stop was at Stavanger, known for a long time as the Sardine Capital of the World, more recently North Sea Oil revenue has transformed the economy and the lifestyle of the City.

The charm of the City still remains and can be seen in the narrow cobbled stone streets of the old town, where there are many small white wooden houses and craft shops with many paned windows and terracotta roof tiles.

From Stavanger, we took a short excursion by boat to visit Flor & Fjaere, an island garden paradise designed by Olav Bryn.  His father, Asmund moved to the island of Mangela in 1987 where he planted a windbreak of pine trees and started a small garden.  Olav’s son, Endre is being trained to take over as new plans for the gardens develope.

Enjoy our pictures below … 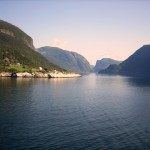 Our next day was spent on board, travelling the length of the Sognefjord,  extending some 200+ kilometers making it the longest and deepest fjord in Norway.  Its’ striking natural beauty kept us spellbound as we took loads of pictures, a selection of which we include below for you to enjoy … 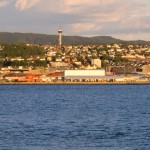 Trondheim, Norway’s third largest city was our next port of call, lying on a sheltered peninsula on the southern shore of the Trondheimsfjorden. 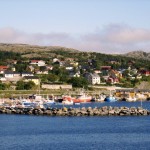 From Trondheim we sailed through the Inner Passage and through the Lofoten Islands, like Sognefjord the scenery was breathtaking 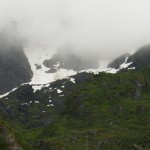 We stopped off at Svolvaer where we transferred to a smaller craft for a trip down the Trollfjord, a small but stunning little Fjord.  Svolvaer’s economy is almost entirely dependant on the cod fisheries and associated industries.

Enjoy our pictures below. 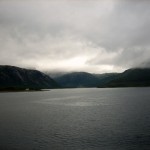 We crossed the Arctic Circle, marked by an island with a beacon and received a certificate to mark the occasion.  We watched the sun drop lower in the sky but before it set, it started rising again – in the northern sky!  The sun shines continually from May to July, but the downside is that from November to January there is 24 hours of darkness. 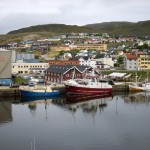 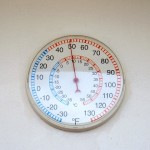 Then on to Hammerfest. We were surprised to note that the temperature outside was just a little under 50 degrees F – somewhat warmer than we had anticipated.  Surprisingly, the Harbour here is ice-free all the year round due to the warming effect of the Gulf Stream. 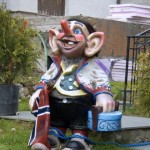 Trolls abound up here, but thankfully turn to stone in daylight!

Continuing north, we reached the northernmost part of our cruise, to Honningsvag on the North Cape – on the same latitude as Alaska.  Reindeer country! – well in the summer months anyway!

Here we experienced the biting cold of the arctic, albeit summer.  It was a damp, clinging coldness with a vicious wind, freezing our lungs and faces.  It felt like minus 30 degrees, although it was actually only 5 to 7 degrees. 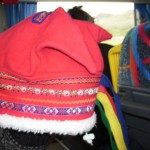 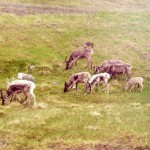 Reindeer on the North Cape

We returned to the ship rather quickly to await our tour in the afternoon.

It was well worth the wait.  The scenery was fantastically wild and YES! we saw some reindeer!  They were owned by the Sami people, who herded them between their summer and winter pastures, tagged them for ownership cooked and ate their meat and used their skin to cover their tents and for blankets.

The male Sami people wear hats.  They are brightly coloured and have 4 points denoting the points of the compass.  They also have decorative ribbons which are worn either to the left or to the right to denote marital status. 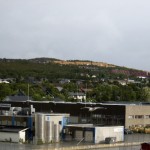 We thankfully turned south again and headed for Tromso

The city is located on a small hilly island, connected to the mainland by a slender bridge.  It was from here that many Arctic expeditions set out, and became a major Arctic trade centre. 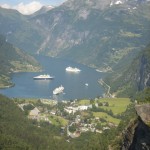 Our next port of call was Geiranger – or Arrowhead Fjord.  As the name implies, Geiranger sits at the end of the fjord, surrounded by near vertical cliffs, extending deep into the fjord, and is decorated by spectacular waterfalls.

Perfect weather, Perfect Scenery.  what more can I say.

There’s just one drawback, Geiranger is pretty well cut off from September to May.

Here are some reflections on our approach taken by John. 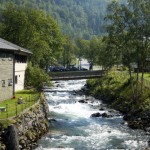 …  and in Geiranger itself … 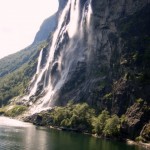 On our way out of the fjord we stopped to take a video of the Seven Sisters Waterfall: 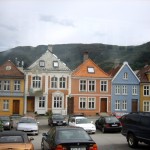 We reluctantly left Geiranger for Bergen, arriving on 17th July.  Bergen is located between the Sognefjord and Hardangerfjord, making it the “Gateway to the Fjords“.  Bergen was the original Capital City and is now the 3rd largest city in Norway.

Bergen had an additional treat in store for us as a pod of Pilot Whales escorted us from the harbour,  Right on Cue!!! 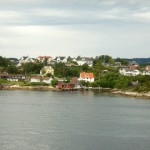 Kristiansand was next on our journey.  Founded by King Christian IV in 1641, and was known as Christian’s Sand.  Kristiansand is the 5th largest city in Norway.  The economy of the city relies on ship-building and supporting Norway’s North Sea Oil industry. 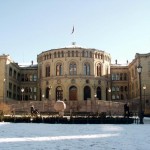 Then on to the Capital City, Oslo which used to be known as Christiania after King Christian IV of Denmark, and only became known as Oslo in 1925, after independence from Denmark in 1905.  It is the cultural, scientific, economic and governmental centre of Norway.

Tragically, just three days after we visited Olso, the tranquility of the City was violated by a bomb which severely damaged the parliament building, with loss of life.

Unlike many ciities in Norway, it’s houses and larger buildings are built from stone.

We do hope you have enjoyed our holiday pics as much as we enjoyed the experience.