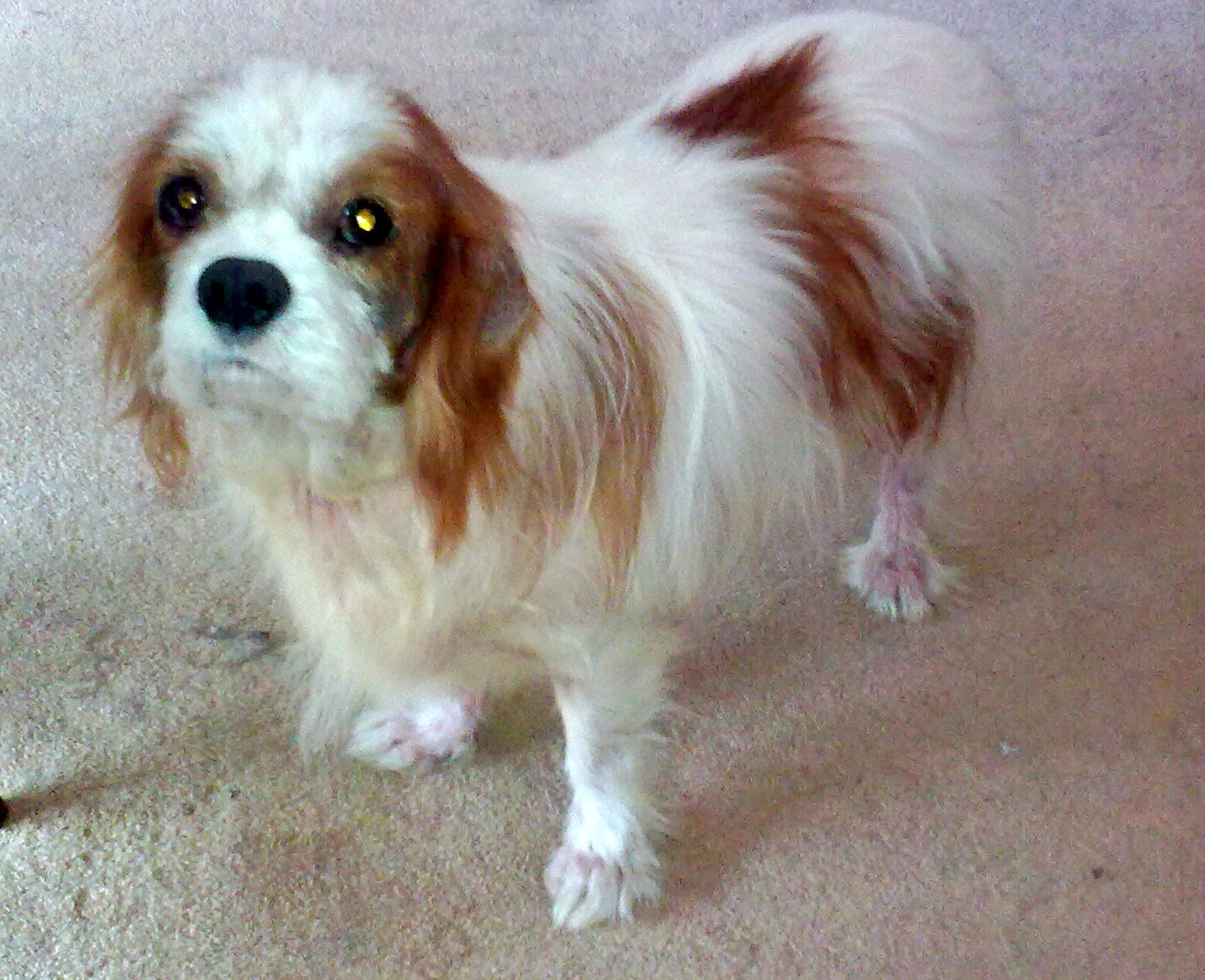 It was a Bank Holiday.  We were taking our dogs on a favourite walk for many dog-lovers, up through the woods, down the field and back by the river.  A walk we had taken many times before.  However, on this occasion a family were camping just out of the wood (an ideal spot, you would think) – obviously they were unaware that they were just off the dog-walking trail!

The family were having a meal.

I called the dogs to follow us, but unfortunately, Fin had got the scent of food!  He rushed over to their camp with me in hot pursuit – not a pretty sight I can assure you – I’m not built for speed – also I’m getting too old for that sort of thing!

He ran away just as I approached.  I apologised to the family – “It’s OK” was their reply – but obviously it was NOT OK – Fin had a slice of bread in his mouth – and we know he’s allergic to Yeast!  I turned my attention to Fin but he was having none of it – he was going to eat that bread if it was the last thing he did!!!

We knew we’d be in for another bout of allergic reactions from him, so all we could do was to ride it out and make him as comfortable as possible.  Within 24 hours his skin had flushed very red and was itchy and hot.  Infection increased on his body and legs, and we bathed him in tepid water each day until it gradually subsided.

Eventually he became more comfortable and we were left with the infection to clear up (2 courses of antibiotics).

Fin has always been food orientated – for a dog with some serious allergy issues this is not good!