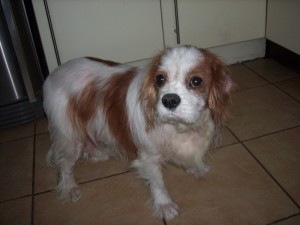 As he was (relatively) infection-free at that moment, we took the opportunity to have some bloods taken for a Sensitest – which we hope will highlight Fin’s allergies. see http://www.heronbank.co.uk/2011/04/allergies/

And the really good news is that Fin’s infection was clearing up, his skin was less inflamed and his fur was definitely growing back. see http://www.heronbank.co.uk/2011/02/fin/ It was slow progress, and a constant battle, but we won in the end.

Fin is usually better in the summer months, but I can honestly say that he was particularly good at that time.