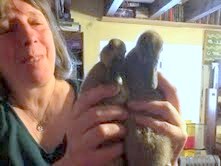 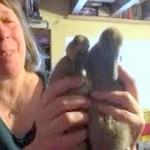 During the recent floods, two ducklings which were separated from their mother were rescued and taken to Farplace Animal Rescue.  They are being cared for until they can be released back to where they were found, by their rescuers.  If you would like to know more about the animals at Farplace, CLICK HERE.