Dogs in the Snow

Our friend Andrew, from Bridlington, sent us this. 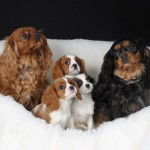 .
Don’t know about your dogs but ours have given us such a laugh this weekend in the snow.
Whilst the older girls have seen it all and done it all before the new puppies have had a whale of a time.
Though I must say that snow as deep as this does not really encourage you when you’re house training.
.
. 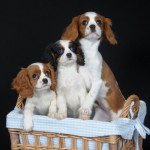 Whilst the older 3 pups have rolled, jumped and buried themselves in the white stuff the younger 2 have been quite wary of it.  Little Winston made us laugh when he climbed to the top of a pile of snow, stood and had a wee, while little Guinness very gingerly tip toed around trying to find a shallow spot. 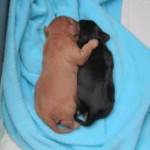 Really should have forward thought and had my Flip camera to hand and charged to take a short video. Never mind maybe next time.
.
Most of our snow in Bridlington has gone now but the road to Scarborough was quite picturesque this morning.  The fog was also bad on the coast and quite eerie when you looked out from above it, where you would normally see the sea all you could see was the top of the blanket of fog.
…  Andrew
Logging In...