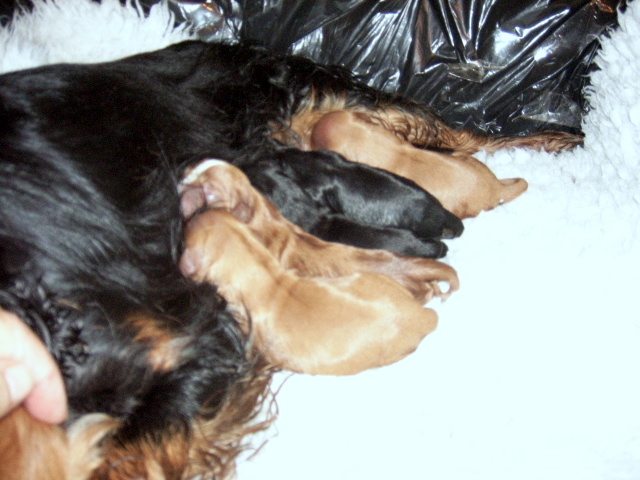 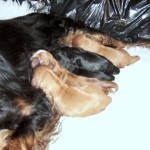 No, that isn’t his name, but where he was born!  Cyda needed to go out after a long night in labour.  After she had relieved herself, she started straining and passed her final puppy.  I shouted for John to fetch a towel and he held Cyda‘s head whilst I helped the puppy from his birth sac and cleared his airway.  Then we went back to the whelping chair to clean him up and give him his first feed.  I have known this to happen before, and maybe I should have had the foresight to take a towel with me, but as I said, it was a long night, with very little sleep.  The puppy in question is the second ruby from the left, with the white blaze.