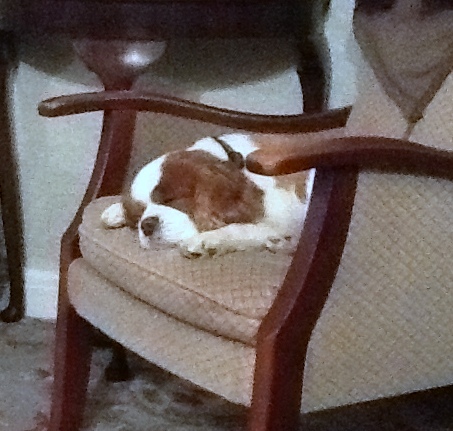 Yes, I know, Chocolate is poisonous to dogs! 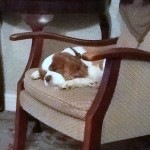 We were having a coffee and a chocolate biscuit, and there was just one left on the plate for John.  We left the room for a moment and Scamp slipped in.  When John came in, he complained that he didn’t have a biscuit! It was then that we realised that Scamp had eaten it.  I e-mailed Scamp’s original owner who confirmed that although he had never been given chocolate,  “he has a nose for it! Last Christmas we put some presents out for the kids under the tree and one of them was a bag of chocolate coins.  Scamp managed to sniff them out, rip open the wrapping paper and ate the whole lot!”  Naughty Scamp!  He will have to be watched closely around chocolate!  He has such a “butter wouldn’t melt” expression too – or should that be “Chocolate wouldn’t melt”