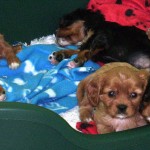 A recent e-mail from Nick says: 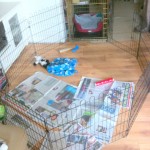 “Sox is getting to be quite good shot, at “hitting” newspaper when it comes to going to the toilet!  We’ve put the paper across half the area of his pen, and some outside his pen too for when he’s playing in the room – he gets on it about 9 times out of 10, so that’s more than an average 50/50 chance of luck – which would suggest that he is beginning to learn what to do – not bad for barely a 9 week old!” 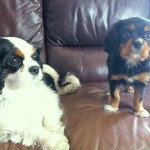 I really must insist in taking some of the credit for this – I did start their toilet training at 3 weeks old!!!