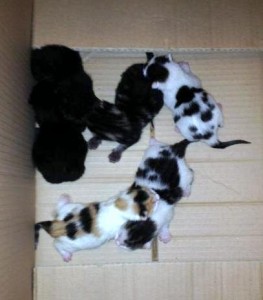 It has been a really hard year in the world of cat rescue. Last year, due to the relatively mild winter, cats continued to breed throughout the winter presenting us with some very early kittens. They came in from vets, were found in fields, handed over by overwhelmed owners and the ones in the picture were abandoned on the doorstep of a fosterer, fortunately with their mother!

Summer is usually the time for kittens, and adults take a back seat out of necessity, but there were the inevitable sorry cases which meant we had to take adult cats too. Then there were mothers with babies and pregnant mothers. It is safe to spay a female in the early stages of pregnancy, later if her wellbeing is at risk but is is not always possible as in the case of a cat whose owner we tried unsuccessfully to trace. We always have cats checked for a microchip and keep them for a month to try and trace the owners and if unsuccessful we then look for a good home for them. 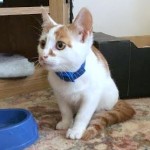 With the mild September came November kittens, and the mild October will bring December kittens. There is no end to it and it is getting worse year on year. Neutering is the only way of controlling the population of unwanted cats and kittens. All our adults leave us neutered as do kittens over 4 months.

If you are on benefits you may qualify for a voucher from Cats Protection, PDSA or RSPCA but if not it is a once and for all cost which is far cheaper than dealing with endless litters of kittens.