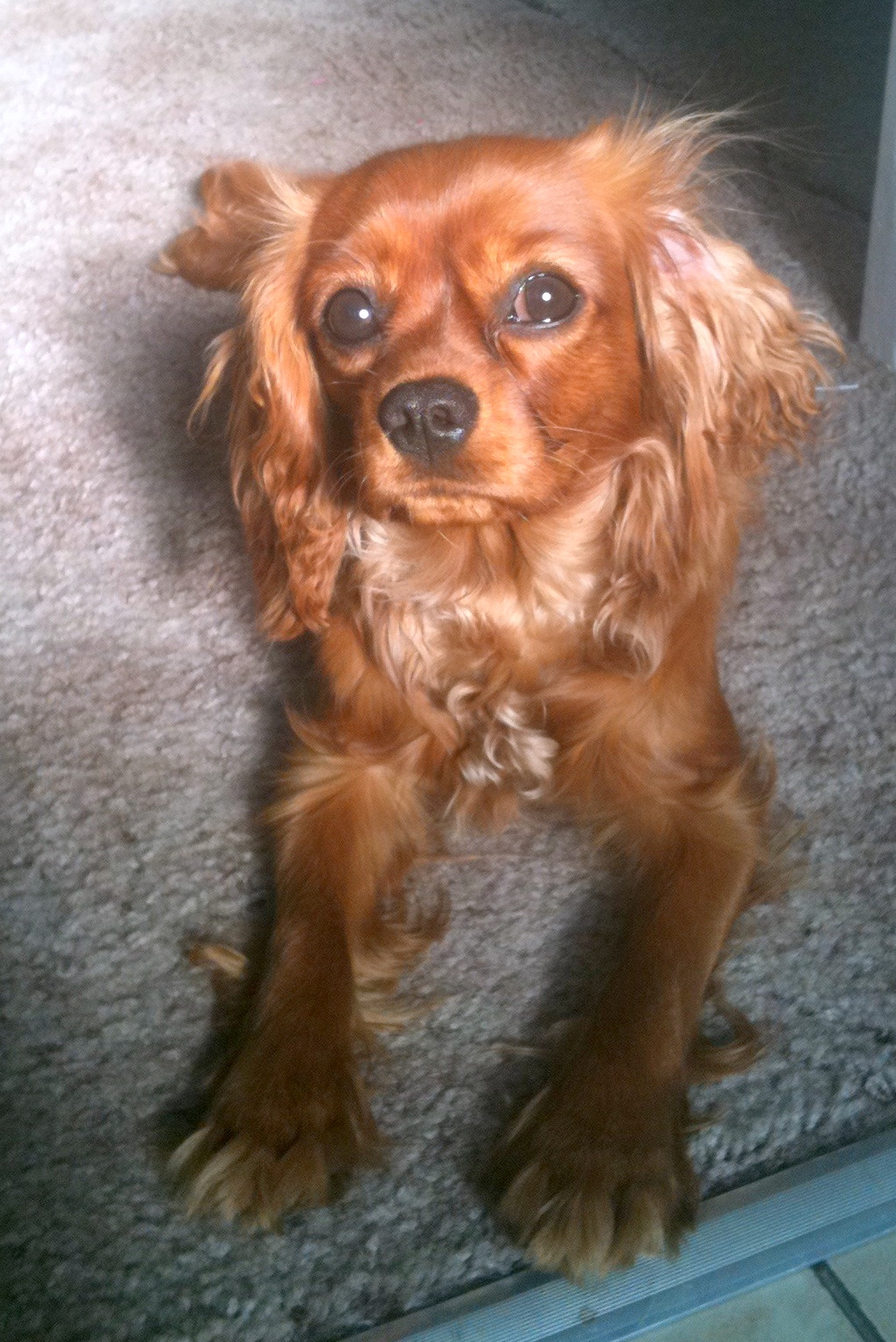 Cavalier puppies for sale – ready in 4 weeks!  Contact us for details – http://www.heronbank.co.uk/contact/

Here are some notes which may help in your choice of a new puppy – whatever the breed.

Puppies need to be exposed to human company, handling, and the sights, sounds and smells of a normal home – music, washing machine, vacuum cleaner etc from an early age.  Our puppies are brought up in a room adjacent to our kitchen where they get used to such things from the start.

Puppies should not be allowed to leave their mother too early as she is vital in teaching them social skills.  Our puppies are 8 weeks old when they leave us, having had their first veterinary injection.

The mother – and where possible – the father of the litter should be observed, including the bitch’s interaction with her puppies. This will give an indication as to their temperament, and therefore the likely temperament of the puppies.  Puppies from pet shops or puppy farms are likely to have problems in adulthood.  They are often removed from their mother at 4 weeks old and can suffer from fear-based aggression or excessive barking as a result of forced isolation and painful experiences.   On the other hand, puppies who leave their mother as late as 16 to 24 weeks can show an increased fear of other dogs and traffic.  The optimum time for socialisation is 6 to 8 weeks.  Socialisation should begin in their birth-home and continue in their new home.

The puppies‘ new home should be as similar as possible to their old home to minimise stress.  Don’t immediately take puppies out to visit Aunty and Gran – they need to settle into a secure environment first.

Thereafter, and following a period of confinement following their second injection, they should be exposed to new people, cars, trains, parks etc in a non-confrontational way so as to reduce their stress levels when encountering new experiences.