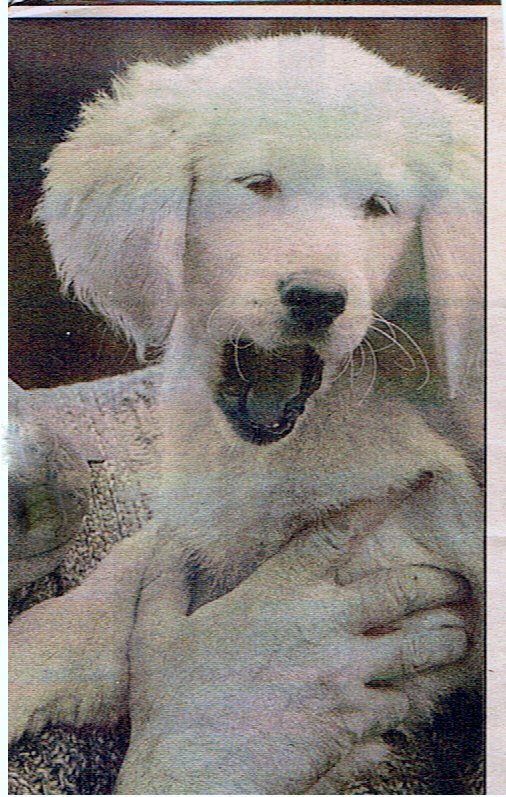 I was recently looking through some old press clippings from the time we did Puppy Rescue, when I came across this picture.  Winston was a pedigree golden retreiver who was born with congenital cataracts.  His pedigree contained Crufts champions.  This is not necessarily an inherited condition, but in some cases can be.  The condition was not discovered until the pups went for their first vaccination. He needed an operation to fix his eyes, which at that time cost £1000.  The charity, which at that time we ran, were able to raise the money thanks to the fundraising efforts of its’ volunteers. Winston had his operation and went on to lead a full and active life.