Barney was one of Cyda’s puppies last year.  Here’s an update from his owner.

Hi Anne just a quick note to let you know Barney is doing well and is still the sweet little pup you remember. 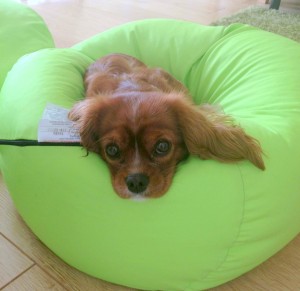 He has been a real joy in the year we have had him! can you use ivermectin o rabbits Though recently he has found his voice particularly when watching TV when other dogs are on the tv!
He is still quite small and the vet reckons he is just a small dog! We love him that way and he really is a handsome little lad! ivermectin injectable for cattle mg He always gets admirers about his colouring! Isla loves him because his hair is the same colour as hers! Scott and Barney are like peas in a pod and do everything together, friends for life! He is great with other dogs though he was attacked by a terrier a few months back, so even though that was a real fright I think in certain respects it has given Barney a bit more of a cautious approach with other dogs! 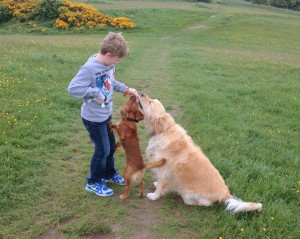 Unfortunately we had to have him castrated about two months ago as he was very amorous with the children and his toys and even though he was never aggressive he was getting a little boisterous. where to buy ivermectin tablet He has been fine and has not lost any of his spark vim or vigour.

He is a great little runner too and will gladly go on runs along the sand with me!
As you can see he is with Marley my mother in laws golden retriever they are best buddies and they are inseparable when they are together playing for hours they Barney is definitely the smarter if the two and certainly wears the trousers!
…  David